There is a wonderful legend in the Talmud about a traveling teacher and miracle worker named Honi the Circle Drawer. (Ta’anit 23a)

Honi was walking through the countryside and came across an elderly man who was planting a carob tree. Honi mocked the man for wasting his time, pointing out that the man would not live long enough to enjoy the fruit of his labor. “The tree you are planting will take 70 years to grow,” Honi said. At which point the man responded with a short and deep explanation of Jewish tradition. “I entered a world filled with carob trees. Just as my ancestors planted for me, so do I plant for my descendants.”

THAT is what we do – it is why Temple B’nai Hayim/Congregation Beth Meier is here. For me, that is what Jewish tradition and Jewish community are all about. Whether it is with regard to our natural world, our spiritual world, or our rich and diverse heritage of study, prayer, service, and the pursuit of justice, we have been blessed to grow up in a time and place that for the most part has embraced us and all we stand for. We continue to uncover new ways to enjoy and appreciate the fruit that was planted for us. At the same time, we plant new seeds and saplings, so that we and future generations may continue to derive benefit and meaning from the delicious fruit that is Judaism. Our ancestors went to great lengths and many paid a heavy price to plant for us – we, too, will keep on growing and planting.

God bless us every one.
Rabbi Richard Flom 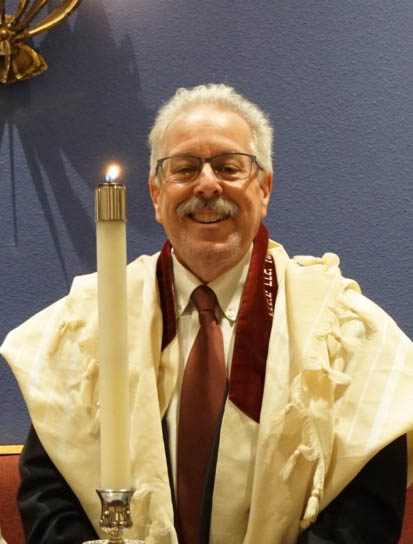 Prior to being ordained at the Ziegler School of Rabbinic Studies in Los Angeles in 2000, Rabbi Flom was a practicing attorney in the field of intellectual property and general business law for more than 15 years. He also worked for the federal government as a systems analyst and computer project coordinator. Rabbi Flom has served as an Adjunct Lecturer in Ethics in the Lee College and MBA programs of the University of Judaism (now American Jewish University) in Los Angeles.

While in rabbinical school, he served as Director of Hillel at UC Riverside. He has been active in interfaith activities in all his pulpit assignments. Rabbi Flom presently serves on a Rabbinical Assembly beit din (religious court), overseeing religious divorces and conversions to Judaism. He is a member of the Rabbinical Assembly, serving as past President and Treasurer of its Pacific Southwest Region.

He is an avid listener of blues, jazz, and classical music. Rabbi Flom has taken up photography in the past couple years, specializing in wild and garden flowers. They don’t complain if they don’t like the picture. 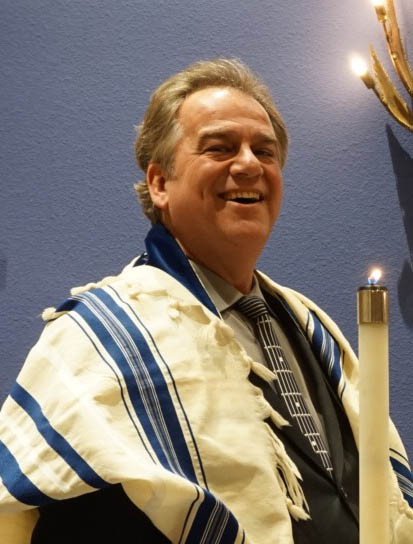 “Reb Jason” is excited to begin his 3rd year as “bima partner” and beer buddy with Rabbi Flom, and enters his 9th year with our community. He is a well-known rabbi, cantor, chaplain, vocalist, composer, producer, actor, director and activist who has devoted his skills to growing Jewish communities from coast to coast and to providing comfort to the afflicted. Born in Syracuse NY to a Dutch-Jewish child refugee and a descendant of an American president, Reb Jason sat at the feet of his Jewish teachers, as well as his activist grandparents – learning Torah, Zionism, and quite a few Israeli Dance steps at Camp Ramah. Music was a ubiquitous presence in his early life, and he took quickly to any theatrical production.

After working for a presidential campaign as a Columbia student, Reb Jason set out for sunny California, and finished his B.A. at Lee College of the University of Judaism (now American Jewish University) in Los Angeles, founding a theatre program and a radio station in the process. After receiving a B.L. at the UJ, Reb Jason was ordained and received an M.A. in Hebrew Letters at New York’s Jewish Theological Seminary. Over his career, he has founded AIDS Interfaith Long Island, an emergency homeless shelter program, a Neighborhood Council in Los Angeles (where he also served as its first President), and numerous youth oriented enrichment programs. Reb Jason has also worked as a hospice chaplain, bereavement counselor, and has served on the faculty of C.W. Post College and the University of Judaism. Reb Jason’s first original studio release, “Shabbat Rocks” (2004), met with worldwide acclaim, with 4 of its tracks reaching the Top 5 in the World Music category as far away as Australia. Reb Jason has also composed quite a few Purim Spiels, (such as “Rocky Horror Purim Spiel,” and “The Sound of Purim”), used by synagogues the world over. Reb Jason is about to release “Shabbat Awakens” later in 2020.

Reb Jason has two children, Avital and Yeshaia. They coerced him not to request any matchmaking offers. Their loss.